Are You Using These Strategies to Boost Your Abrasive Blasting Productivity?

Your Blasting and Surface Preparation Guide

During surface preparation, there’s always the need to increase speed without sacrificing quality. Unfortunately, striving for one often comes at the cost of the other, and that puts a blast operator in an awkward position. Do it fast, or do it well?

The Importance of Surface Prep

Finishing surface prep quickly and with quality is the foundation for project success.

When it comes to blasting, these abrasive blasting techniques will raise quality and have you moving onto the next job in record time. 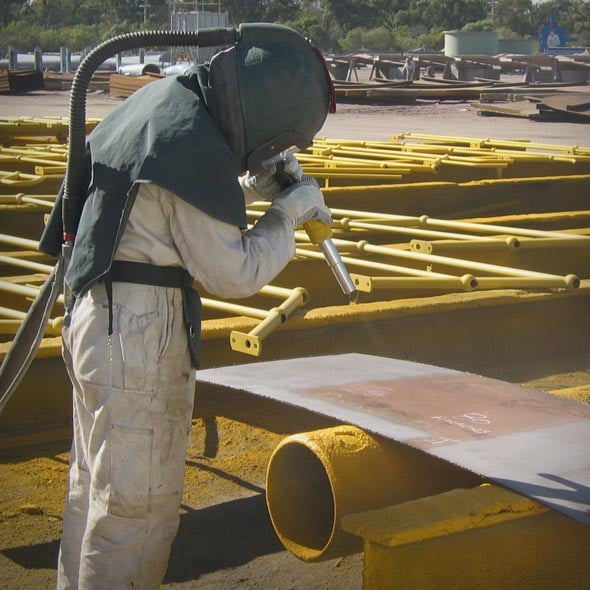 Choose the finest abrasive possible that gets the job done.

You guessed it, the handful of garnet. The more impacts per volume, the faster the job gets done.

Select an abrasive that doesn’t shatter.

Tough, dense abrasives reduce downtime, whether you’re blasting away mill scale, paint or contaminants. When abrasive blasting media shatter, they create dust; some more than others. Too much dust impairs visibility, slowing down the operator and potentially shutting down other trades on the job site.

Abrasives such as garnet are hard without being brittle, which means less dust, fewer workplace hazards and faster cleanup.

Plan ahead to eliminate rework.

Avoid abrasives that leave a film of embedment on the surface.

Case in point — a tough, abrasive particle, such as GMA Garnet™, leaves an exceptionally clean surface. With no film of embedment left behind, there’s no need to waste time on air-blasting or brushing manually.

Adjust to the surface preparation needs. 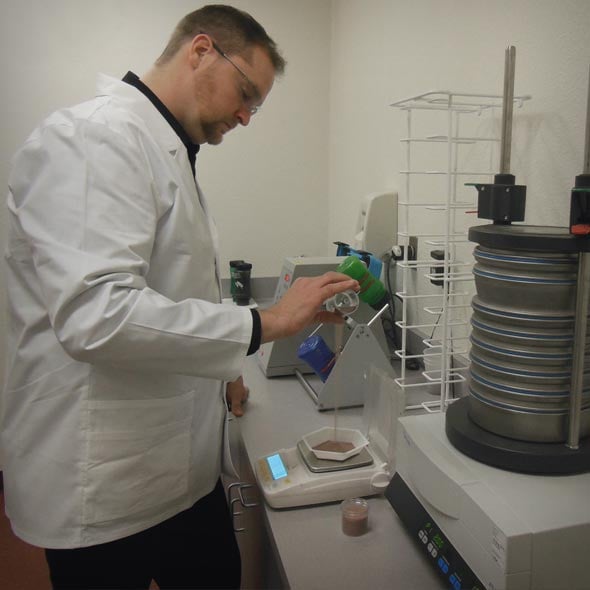 Pick a trusted abrasive mix tailored to your project.

When it comes to abrasive blasting media, one size doesn’t fit all. Your project will be finished faster and with better quality if you select the right abrasive mix.

The most productive abrasives are always a custom mix of size and shapes.

GMA Garnet™ vs. Other Blasting Abrasives 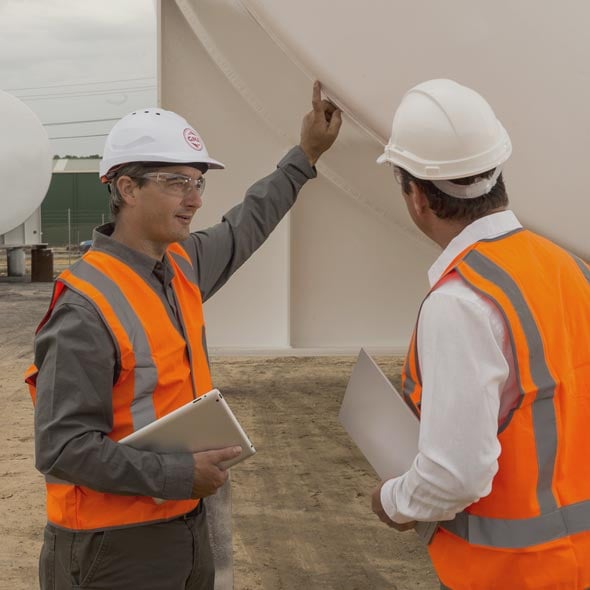 You have plenty of choices when it comes to blasting abrasives. Here’s how GMA Garnet™ stacks up.

No matter how fast an operator blasts with metallic abrasives, the project eventually falls behind — not necessarily in productivity, but in profitability.

Steel, iron and aluminum oxides are expensive. And when you can’t capture, clean or recycle a metallic abrasive, it’s even more difficult to justify the cost.

On the opposite end of the cost-spectrum from metals are slags, such as coal, copper and nickel. These blasting abrasives are dirty and cheap, but you pay for them in many other ways. Look at the percentages.

Not all garnets are equal. GMA has been a global leader in industrial garnet for more than 35 years. We control our supply chain from mine to customer, allowing us to provide garnet of unmatched quality.

Compared to our almandine garnet, other garnets are weaker as they have inherent fracture plains and impurities. Using GMA Garnet™, projects can be finished up to 75% faster than with other garnets.

Our products achieve the best results, in the fastest time, and at the lowest cost. When speed and quality matter, choose GMA Garnet™, the abrasive that leaves no doubt.

END_OF_DOCUMENT_TOKEN_TO_BE_REPLACED

Subscribe to the GMA blog to get the latest about garnet technologies and news from around the world.

STAND UP TO DOWNTIME, DUST AND DISRUPTION